Get fresh music recommendations delivered to your inbox every Friday.
We've updated our Terms of Use. You can review the changes here.

from You Can't Always Go Home by Lewis M. 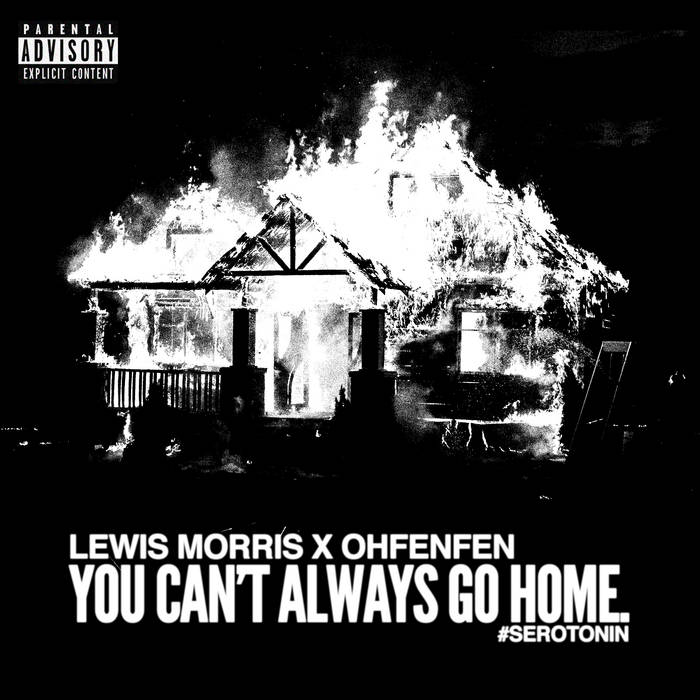 VERSE ONE
Man said he really want the bisquick
Pancake flat, thats a misfit
Hit me on the jack and he missed it
Really said miss before he hit this
Couldn’t fancy any diamonds, never wrist fit
Said i couldn’t shine but he misheard
Told me that he thought that I was glistening
I been saying this kid
Really need to work on fucking listening damn
I told him distance and he said he’s my man
Guess I’m feeling safer now that bullets
Aren’t on either side of me
Probably stuck inside that crooked tree
It’s the voice inside of me, that’s the enemy
Tried talking sense but the change is slipping outta me
He said his apartment was the foundation, probably
Helping me to tear down, patient and methodically
Never realized till the man stepped outta me
He was like some 25 cent duct tape on a lobotomy

VERSE TWO
If i could step forth to the future
Theres 10 guaranteed suitors
But 12 guaranteed shooters
So i stand left by the looters
The men wanna get w me but the
Words never come through her first
Instinct was to duck down then
Dive out like a loser
Saying the pain will probably dissipate
I know that shit is fake
Privilege at the center of my fate
I know why im alive
Even the dead can drive
Knowledge is passing but the feeling stays
How bout some healing mate
Funny to think the therapist can die
Infinitely sigh
And I don’t think I really give a fuck no more
Put me in the truck, that’s war
Pull up in the car, that’s mad
Made a quick cuck out the man
Even as a child I was bad
Stranger thought he was my dad
So, I put him in his place real quick Funny how a gap like 10 years
Make a sad sack seek tenure
When he barely know me
Tranny got the manny car, how bizarre
Learn it from the worst, he know who is, who we are now
Always shaped by the deep uncanny valley scars,
Navigate trauma like a bitch was co-driving in a rally car
Bally hard fanny cute referencing sugar water
He live for his daughter
Who the fuck have I been living for
How i calm down after i go to war
How i come down after i wanted more
That’s why you can call me whore

Lewis M. is a boston-based (and Providence born) poet, beatmaker, and MC. He has performed at the Apollo Theater in NYC, The Smithsonian, among many other venues. His beats retain a refreshingly simplified approach to hip-hop production that harkens back to the boom-bap of the 90's while remaining fresh and new.

To inquire about purchasing beats, contact him at:
Lewis.Morris@flatlinepoetry.com ... more